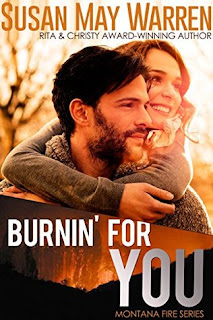 Burnin' For You: inspirational romantic suspense 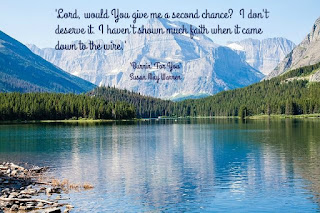 He’s loved her for years . . .Smoke jumper Reuben Marshall is harboring a deep regret—a split-second decision that cost the life of his crew boss in a fire. It’s a grief that has paralyzed him, kept him from moving forward. It’s mistakes, and regrets like this that keep him from pursuing his long-burning interest in Gilly Priest, their pretty, petite pilot. Not only is she not interested in dating a teammate, but she’s also the preacher’s daughter. And while Reuben's not the chiefest of sinners, he’s no saint. Reuben feels like a buffalo next to her and worse, can’t seem to string two words together when she’s in his radar. He’ll just have to love her from afar...Her dark secret keeps her from trusting . . .Gilly Priest has worked hard to carve out her niche as a female bomber pilot in the dangerous world of firefighting. Sure she’s small, but she’s made up for her stature in courage, grit, and the tenacity to face danger other pilots wouldn’t dare to confront. And yes, she’s noticed handsome Reuben Marshall—who wouldn’t? Dependable and strong, he takes up most of the space in the room. But Gilly’s dark secret won’t allow her close enough to talk to him, let alone let herself fall for him. A race to rescue the people they love . . .When their smokejumper plane goes down in the northwestern Montana mountains, wounding their team, Gilly and Reuben are the only ones able to hike out to find help. But when their rescue mission turns out to be a fight for their lives against the terrain, a saboteur, and a forest fire, they discover they’ll have to put aside their fears and learn to trust each other. But will trust lead to igniting something they both long for...and fear? And can they save their team before tragedy strikes—again? 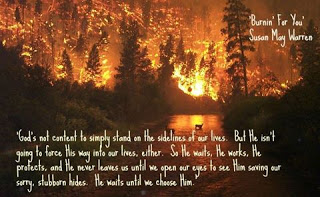 My thoughts: BURNIN' FOR YOU is the third book in Ms. Warren's Montana Fires series and readers will want to read them in order since the sabotage and mystery start there with the damaged parachutes, escalate to include tampered-with drones in book two, and then comes to a fiery end as the villain moves on to planes....
I enjoyed getting to know Reuben and Gilly better in this story. Their hopes and buried dreams, their fears and rejections and all that made them who they are. I also enjoyed another burning visit to the northern forests during fire season, an up close and personal look at smoke jumping and all they face.
I was a bit confused by somethings, went back and reread and it wasn't clarified, but I can't tell you what because that would ruin the story for you. I'd also love more background on Reuben's father... something about him intrigued me.
All in all, this was  a great read. Not as long as Ms. Warren's usual stories but long enough to develop the characters, set the scene and draw the reader in.  I will be back with a review (in a few weeks) of Ms. Warren's fall 2016 release Wild Montana Skies.
I love Ms.  Warren's books and BURNIN' FOR YOU was no different. It left me shutting off my kindle with a sigh and wondering what I could read next that would (as if anything could) top this. 5 stars.
Don’t miss the other books in the series:Where There’s Smoke (Book 1)Playing with Fire (Book 2)