Even with Christmas around the corner, for the Buckley boys, payback almost always wins out over brotherly love. That is until the four brothers join forces against a common adversary--The Hagbarts-- the meanest bullies at their middle school. But now Mom has decided that the Buckley family is going to Elve the Hagbarts this year for Christmas. Eleven-year-old Matthew can hardly stand it. By day the Hagbarts torture the Buckley brothers into submission, and by night the Buckleys secretly deliver Christmas treats and gifts to their sworn enemies. Soon the war of wits escalates to an incredible scheme designed to get the ultimate revenge on the Hagbarts. But now that Matthew has been learning that he's supposed to do good to those who hate him, what will he do when a little push becomes a great big shove?
My thoughts:  I was given a link to preview this movie for review.  Our computer system and the link weren't friendly and we had to pause the movie and refresh it every five seconds, so our viewing was interrupted frequently.

There is a lot of sibling rivalry in this film, which may or may not bother some viewers. The mother kept praying for a daughter and gave the one son a girly middle name. So the opinion among my daughters (who watched it with me on my computer) was that the mom didn't like boys--or was tired of them.

Their older brother was irresponsible and blamed everything on his younger brothers. However, there are some lessons learned, there were sad parts, and the movie ended well. 4 stars. 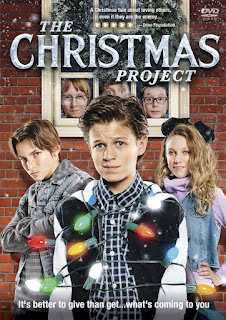