Interview and Story Behind the Story by Catherine Castle

Thanks for dropping by, Catherine. It's so good to have you. Tell us about the book – a brief blurb:

I’d love to, and thanks for having me today. 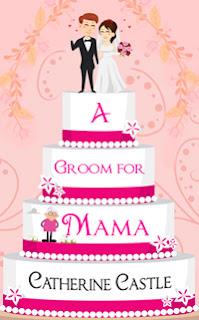 A Groom for Mama is based on a radio play my husband and I wrote years ago. Originally called “A Bride for Mama,” the main character was male and was trying to convince his dying mother he was searching for a bride (which he really wasn’t doing) so she would feel he would be taken care of when she was gone. The play finaled in the contest, but didn’t win. My husband and I set it aside, considering it an exercise in playwriting, which we were heavily into at that time.

Fast forward quite a few years and I wanted a new story for another solo book as Catherine Castle. I asked my husband if he minded if I used our radio play as a basis for a romantic comedy novel, and he graciously agreed.

I changed the main character to a female, made the mother the one trying to pull a fast one, added an old boyfriend to the mix, and A Groom for Mama was born.

A Groom for Mama
By Catherine Castle

Beverly Walters is dying, and before she goes she has one wish—to find a groom for her daughter. To get the deed done, Mama enlists the dating service of Jack Somerset, Allison’s former boyfriend.

The last thing corporate-climbing Allison wants is a husband. Furious with Mama’s meddling, and a bit more interested in Jack than she wants to admit, Allison agrees to the scheme as long as Mama promises to search for a cure for her terminal illness.

A cross-country trip from Nevada to Ohio ensues, with a string of disastrous dates along the way, as the trio hunts for treatment and A Groom For Mama.

My romantic comedy, with a touch of drama, is filled with love, laughter and surprises as Mama, Allison, and the man who loves them both hunt for a groom, a cure, and the perfect date. I hope readers will love it as much as I do.

Do you create playlists for each book, write to the same music all the time, don’t listen to anything?

Unlike my teenage years, I can’t work to music anymore. I require a more silent environment. If the story has music referenced in it, or I need music to get the setting, I’ll listen to songs before or after I write, but never during.

Where is your favorite place to write? Pictures?

I usually write in my very messy office, unless I’m working with my co-author husband. Then we work in his office. I’ve become too used to the convenient piles of reference papers and stuff, which have spilled into his office as well, to work well anywhere else. As for a picture? No way. It’s too messy. ☺

Will you complete this opening? “It was a dark and stormy night…”

It was a dark and stormy night … so Alice turned on the light. It didn’t work.
Drat! The storm must have knocked out the electricity. She couldn’t do anything about the darkness, nor could she stop the rain or lightning. Might as well settle in for the duration.
As she reached for the afghan on the back of the sofa, a crash sounded in the kitchen, freezing her mid-motion. Sliding soundlessly to the desk, she dug the revolver from the desk drawer and crept toward the noise.
Some things were beyond her control . . . other things, not so much.

What book do you admire do you wish you’d written?

Hmm. I can think of a couple of movies I’d love to have written—ones that I walked away from saying, “Wow! If I could have done that.” Field of Dreams and The Lake House are two of those movies. A book is a harder choice for me, but I think I would say any of Tolkien’s fantasy books, because of the complex world he created.

How do you find the balance of writing time and family time?

It’s just me and the hubby now, and since we both write, there isn’t much to keep us from our computers. Having said that, I tend to write as the project demands. When I’m working on a book, it’s a tyranny of the urgent, and when the project is done, I take long breaks and do something else while I just think about the next idea. It’s an all-in, or all-out sort of thing for me, especially since I no longer have the weekly deadlines I had as a newspaper freelancer. My writing time was a lot more structured then. 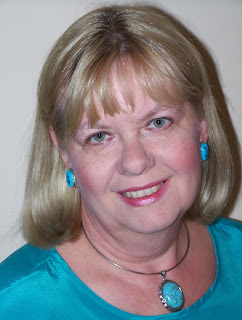 Multi-award-winning author Catherine Castle has been writing all her life. Before beginning her career as a romance writer she worked part-time as a freelance writer. She has over 600 articles and photographs to her credit, under her real name, in the Christian and secular market. Besides writing, Catherine loves traveling with her husband, singing, and attending theatre. In the winter she loves to quilt and has a lot of UFOs (unfinished objects) in her sewing case. In the summer her favorite place to be is in her garden. She’s passionate about gardening and even won a “Best Hillside Garden” award from the local gardening club.

Her debut inspiration romantic suspense, The Nun and the Narc, from Soul Mate Publishing was an ACFW Genesis Finalist, a 2014 EPIC finalist, and the winner of the 2014 Beverly Hills Book Award and the 2014 RONE Award. Her most recent release, A Groom for Mama, is a sweet romantic comedy from Soul Mate Publishing.  Both books are available on Amazon.

Buy links for A Groom for Mama  www.amzn.com/B074SZSGB1

Nice interview with Catherine Castle. A Groom for Mama sounds like a book I would enjoy reading.

Thanks, Marilyn. So far, readers would agree with you based on their four and five star reviews. It was fun to write too.

Thanks for hosting me, Laura. I especially enjoyed finishing the "Dark and Stormy night" phrase. Fun!