National Sexual Assault Awareness & National Child Abuse Prevention
Hopeful Hearts Ministries Provides a Voice for Survivors
Houston, TX- April has been designated as National Sexual Assault Awareness month, as well as National Child Abuse Prevention month in recognition of the pervasiveness of sexual assault nationwide. Sexual violence, including child sexual abuse, spans across all ages, genders, races, ethnicities, and economic backgrounds. According to a Child Maltreatment report from the U.S. Department of Health and Human Services Children’s Bureau, 60,956 cases of child sexual abuse were reported in the United States in 2013. On top of the guilt and shame that abuse can bring, most victims know their attackers, which can lead them to be silent about their traumatic experience. Staying silent, however, does not lead to healing, according to Shannon Deitz, abuse survivor and founder of Hopeful Hearts Ministry.
“Both sexual assault and child abuse are so devastating to most of us that we don’t even want to think about them being present in our society,” Deitz says. “This makes it difficult for any victim of assault or abuse to feel comfortable enough to speak out, which is exactly what they need to be able to do. Be it a child, a teenager or an adult, anyone who has been abused needs to be able to speak about what has been done to them without question or judgment.” With this in mind, Hopeful Hearts Ministry started the “I Have a Voice” abuse awareness project where survivors share their personal stories of abuse (domestic, sexual, incest, rape, neglect, emotional and verbal) through intensely personal and honest YouTube videos. The videos show the power of giving a VOICE to survivors that was once kept hidden, and not only aides in their personal healing, but shows others they are not alone and there is reason for hope.
Deitz has the unfortunate firsthand experience of being a survivor of sexual abuse both as a child and as an adult. She sees the month of April as an opportunity to encourage other survivors to speak up and speak out, knowing that it is a crucial step towards healing. “The shame, despair and inability to cope with the painful events can lead to depression as well as dangerous behavior, as survivors tend to seek other ways to block out the memories and dull the pain.” comments Deitz. “My main goal is to help others see their worth and become the best they can be.” Through the power of her own testimony, she helps people see that they no longer have to live as a victim, but are worth so much more.
For those who know someone who has been abused or assaulted, she encourages them to be good listeners. “Survivors want to know they are being heard and that they will be safe and protected,” she explains. “We do not need to be silenced because our situation makes others feel uncomfortable. To the contrary, we need people around us who are willing to listen and willing to stand up for us if we choose to go public.” April is important because the more people who become aware of just how prevalent this problem is in our country, the more beneficial it will be for everyone. Being able to share our story with others serves to help prevent future abuse from taking place. If there is a survivor in your midst, be willing to listen. Be willing to hear their story.”
Deitz’s willingness to share her story in her award-winning book, Exposed: Inexcusable Me, Irreplaceable Him, as well as listen to other survivor’s stories through the Hopeful Hearts Ministry, has created hope and a safe place for abuse survivors of all ages and backgrounds.
Mary from Canada shares, “I am blessed and thankful for the support I received and continue to receive from Hopeful Hearts Ministry. It’s a good feeling knowing that no matter how rough my road to healing may be, I always have genuine caring support.”
The “I Have a Voice” videos are opening new doors for Hopeful Hearts Ministry outreach. After watching the video ‘Child Sexual Abuse and Forgiveness’, a gentleman personally contacted Deitz in appreciation. “Your sharing of your story, your truth, was very powerful. It really hit home and I was moved by your honesty, courage, and willingness to stand up for and speak out on behalf of the abused child. Your ministry is powerful, important, and needed.” Deitz continues reaching out to those who are struggling through her speaking engagements, blog, Just Show Up, and ministry website.


www.HopefulHeartsMinistry.com
I Have a Voice 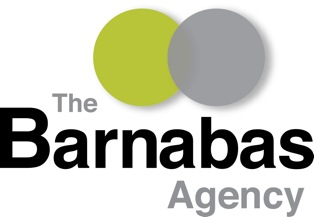 What a great message!

This subject is one of my passions~ thanks for sharing!

It takes a great deal of bravery to speak out about sexual abuse. Thank you for your blog helping to raise awareness and give voice to the victims.