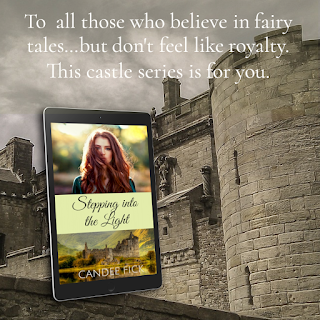 Stepping Into the Light – Why I Choose To Write About Castles
There’s just something about a castle to fire the imagination and make every girl dream of being a princess. And with several semi-recent royal weddings in England, there has also been a rise in novels featuring royalty from fictional countries. So why would I choose to write about castles too?
Over the years, I’ve collected a folder of story ideas that percolate on the back burner of my brain until one rises to the top to be written next. Most of them have contemporary settings, but there were four historical ideas that would not be ignored. Except I’d started my career writing contemporary romance and I wasn’t sure my readers would follow if I made the switch.
Where would these off-brand ideas fit? Would I need a pen name for them or would they forever go unwritten? Then one day, as I was walking for exercise and praying for inspiration for that day’s writing time, I had a spark of an idea.
What if I told the story of a contemporary character who loved to read? And what if the stories she read influenced her decisions? And what if I included a scene or two of each historical book she “read” alongside the contemporary story? That would allow those neglected stories to have a small voice but within a contemporary context.
But what if in addition to a single scene, I also released the rest of the story? I could then collect them into a companion volume. Aha. I was onto something even if the entire project was out-of-the-box enough that I would need to independently publish it instead of pitch it to an agent or traditional publisher.
As I began to brainstorm the contemporary plot line, I had the opportunity to be a mentor and teacher at The Great Write…where we stayed at a castle. A castle filled with history where guides led tours and spouted all sorts of obscure facts.
What if my book-loving heroine was actually a historian who spent her time living in the past? Living someone else’s story until one day she set aside her books and began to live her own story? Almost immediately, I realized that each of my four historical story ideas contained either a literal castle or a fancy manor house where the residents felt like or were treated like royalty.
Castles tied the entire series together. But as I began to brainstorm further, I discovered that all of my main characters either struggled with their identity or weren’t living to their full potential. That each of them needed to understand and embrace the reality of being a child of the true King in order to truly live a happily-ever-after.
And that is a lesson we all need regardless of whether it comes packaged in a medieval Scottish forest, a Regency ballroom, or a castle in Colorado. That’s why I dedicated the opening book of the Within the Castle Gates series to all those who believe in fairy tales but don’t feel like royalty.
Readers can expect four historical short novels this year followed by the cumulative contemporary. However, I’m having so much fun writing these that I could potentially see additional books in the series alternating with releases from one or two contemporary series. (Start the series with Stepping into the Light.)

I guess it all comes down to what my readers have to say.
What about you? Do you read only contemporary or only historical or both? Have you ever dreamed of staying in a castle? Have you embraced your identity as a child of the King or still struggle with insecurity? 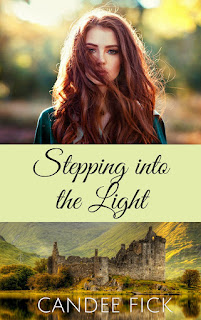 Sometimes the most heroic live in plain sight.

Tragedy stalks Gunn Castle, most recently when the heir to the Gunn chiefdom died, leaving the land vulnerable to attack. But security has come in the promise of a marriage alliance with the Clan Sinclair, the Gunns' powerful northern neighbors.

The search is on to gather the eligible maidens…except mysterious accidents befall all who join the laird’s widow at the castle. Meanwhile, messengers have been spotted along the southern border, and Clan Sinclair may be walking into a trap.

With war looming and a madwoman in their midst, the only hope for a peaceful future may lie in the hands of a disfigured Gunn recluse and the overlooked second son of Clan Sinclair.

If you like clean medieval romance, the Scottish Highlands, and cheering for the underdog, then you'll love the first installment of this new series from Candee Fick. 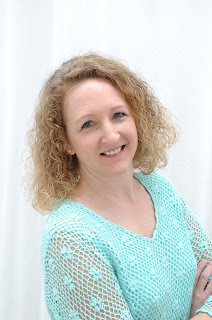 Candee Fick is a multipublished, award-winning author. She is also the wife of a high school football coach and the mother of three children, including a daughter with a rare genetic syndrome. When not busy writing, editing, or coaching other authors, she can be found cheering on the home team at sporting events, exploring the great Colorado outdoors, indulging in dark chocolate, and savoring happily-ever-after endings through a good book. 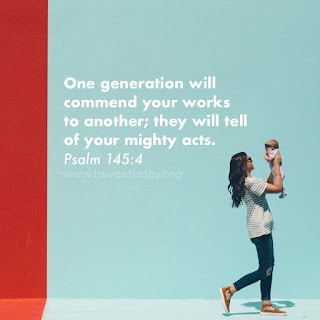