Interview with Christina Sinisi about her new release Christmas Confusion

Today we welcome Christina Sinisi to my blog. Thanks for stopping by Christina.

Tell us about the book – a brief blurb: 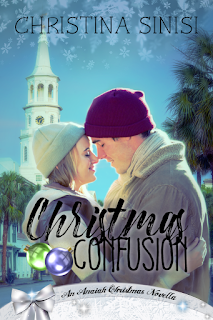 When Tiffany Marano’s high school sweetheart drove off to join the Marines and never looked back, she swore off men. Now, she’s content to teach at Summer Creek, South Carolina’s local elementary school, lead a Sunday school class, and spend weekends with her niece—until Nick Walsh suddenly reappears wearing a wedding ring and with a daughter in tow. Everything about Tiffany’s calm, quiet life is now one disordered mess.
Nick Walsh comes face to face with Tiffany after all these years, and sparks fly. But not the happy glittering kind, because each of them thinks the other responsible for their estrangement. Before they can work it out, though, Tiffany’s sister disappears. Left with custody of her niece and forced to work with new police detective Nick to find her sister, old feelings begin to resurface. As they start to unravel the truths that left them confused and apart for too long, Nick must learn to let go of his past. But can Tiffany let go of her fear and learn to trust that God isn’t the only one who won’t abandon her?

Christmas Confusion is my first published piece of fiction, so I haven’t had reviews in this arena before. However, as a professor, I’ve had student evaluations for decades. I’ve been told to respond only to the good and not to engage with the bad. I hope to learn from honest critiques and then move on.

My actual mentor is Eloisa James. She writes Regency romance, and has been a friend and inspiration to me for over a decade.  While I don’t write in that time period, clear, witty writing transcends genre and I hope I’ve learned my lessons well.

I’m always reading multiple books at a time--I’m in Numbers in my the Bible, halfway through my husband’s book, The Last Hurrah, and for my romance side, Jude Deveraux’s Lavender Morning.

What books have most influenced your life most?

The Bible, C. S. Lewis’ Screwtape Letters, any Louisa May Alcott book, and The Island Stallion by Walter Farley (author of The Black Stallion). I also love Jane Austen’s books and Victoria Holt.  So many. Oh, I love all of Grace Livingston Hill’s books set in the early twentieth century.  Oh, and Karen Kingsbury’s books are fantastic and have helped build my faith.

I am actually being honest, and not just being nice to my mentor, but Eloisa. Her books are full of intelligence, but also make you fall in love with love.

Are there any new authors that have grasped your interest?

Rachel Hauck, a Christian romance author, whose stories are enchanting. The Wedding Shop is a fantastic blend of history and contemporary and faith.

I actually make my living as a psychology professor, and hope to continue that while writing more and more as time allows.

Tiffany had stood there gawking while everyone else but the two of them vacated the room. Now, she felt like an idiot for not running while she could. “Well, I need to go pick up Haley.”
Nick once again held the door for her. “So, how are you, Tiffany?”
His voice must have dropped an octave because the depth sent shivers down her spine. He was married. The bitterness in his voice while he’d accused women of being the more unconstant sex might not have been aimed at her. He had also asked for prayers for himself and his daughter as if his wife wasn’t part of the picture.
He wore the ring.
Confusion almost overwhelmed her. Finally, she answered a noncommittal, “I’m fine.”
The polite follow-up would have been to ask after his health as well, but there were so many other questions piling up in her head that she ended up saying nothing. Plus, the distance between the young adults’ classroom and the preschoolers’ was only a matter of a few steps.
“Daddy!” A little girl with a pink polka-dot bow perched crookedly on top of a mass of brown curls escaped the high school-aged warden who had been blocking the door with her body. There was no mistaking the genetic connection between the little girl with the big sunflower eyes and the man who scooped her up in his arms.
When the dam burst and let loose one little fishy, the others followed in a flood. Haley had her arms wrapped around Tiffany’s knees before she could process the pain that sliced through her at watching Nick hold another woman’s child. He’d been out of her life for years, so why did she feel like this? “Hey, Haley.” She rubbed her niece’s head. “What’d you learn today, bugaboo?”
“I learned about Jesus, just like always.” Haley sounded like the lesson was old hat, when, truth be told, the little girl only came to church when Aunt Tiffany brought her.  She was super intelligent, though, and often drove her mother over the edge with all of her questions.
Tiffany looked at Lauren, her substitute teacher. “How was she?”
“She was great.” The girl spoke with enthusiasm, which wasn’t a good indicator of the child’s behavior. Lauren tended to ooze awesome.
“Did you behave, Elloree girl?” Nick looked at his daughter sternly as if he understood the high school-aged teacher wasn’t going to say a bad word about anybody.
“Yes, sir.” The daughter sounded as if she was saluting a superior officer. “Best behavior, Daddy.”
Nick glanced in Tiffany’s direction, and pride surged through her that she had progressed to the meeting-his-eyes-as-if-there-wasn’t-a-past-a-mile-wide-between-them stage. “She’s a lovely little girl.”
For a heartbeat, Tiffany had no idea what he was talking about. Then, realization dawned. “Oh, Haley isn’t…”
Before she could finish the thought, Elloree grabbed her daddy’s face between her two small hands. “I have to go to the potty, Daddy. And I mean now.”
“All righty, then.” The big man’s chiseled cheekbones flushed a bright red, and it was the best sight Tiffany had seen all day. “Well, I guess we’ll see you next week.”
She deflated, shoulders dropping. Church was her sanctuary, and she didn’t know if she could face a lifetime of seeing him in another pew with the absent wife who would certainly arrive at some point. “Yes, have a good week. Good to meet you, Elloree.”
“Daddy.” Her whine could destroy a chalkboard.
“Bye.” He grimaced and started to move past her. When he drew even, though, he frowned. His free hand rose up as if by its own accord, and he moved her bangs to the side. “Ah, Tiffany, what’d you do?”
“Long story,” she answered, even though her brain synapses had been short-circuited by the electricity his touch sparked in every cell of her body.
“Same old Tiff.” He gave a crooked, side grin. “Watch out for your mama, Haley.” He looked down at the little girl with a wink and was gone.
“Why’d he want me to watch out for my mama?” Haley let go of Tiffany’s knees and peered up with those so bright blue eyes. Every member of their family had those eyes. “Is something wrong?”
Tiffany shook her head and squatted down to look her niece in the eye. “No, nothing’s wrong. He just thought I was your mama since I’m here with you. Next time, I’ll be sure to make it clear I’m your aunt.”
“Oh.” Haley squinted. “I’m hungry.”
Tiffany stood and captured the little girl’s hand. “Good thing it’s lunch time, then. What do you want to eat?”
“Cheese pizza!”
“Can’t. We don’t have time to order. Your mom will be picking you up before you know it.” She swung their arms in a big arc to take the bite out of her no. “I’ll make us lunch at home. How about bugs on a rug?”
They walked and talked, Tiffany trying to focus on the precious child at her side.
Her body still reeled from Nick’s touch. After all these years, he could take her breath away. He’d also been the only one to notice the injury and remind her of just how flawed she was.
At the same time, he was the only one to notice because he had always been the only one to see the real her.

There are many, but I’ll narrow it down to Redeeming Love by Francine Rivers. I also realize I gave a different answer on the publisher’s blog so it’s a good thing I’m not a politician. 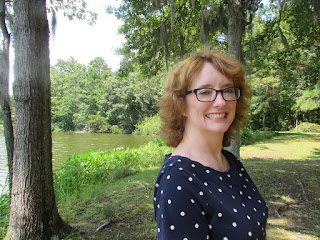 Bio: A member of American Christian Fiction Writers, Christina Sinisi writes stories about families, both the broken and blessed. Her works include a semi-finalist in the Amazon Breakthrough Novel Award contest and the American Title IV Contest where she appeared in the top ten in the Romantic Times magazine. By day, she is a psychology professor and lives in the LowCountry of South Carolina with her husband and two children and loves a good cooking challenge. Please visit her at Christina Sinisi-Author on Facebook and christinasinisi.com.

To Buy: Don’t have this yet 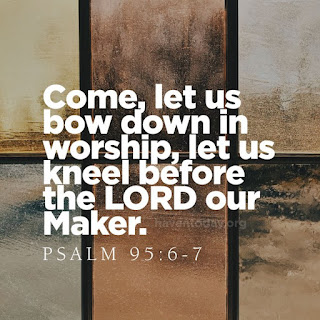 Nice learning about Christina Sinisi with the interview. Yay, another Christmas story to add to TBR Christmas list.

Marilyn, thank you so much for taking the time to leave a comment. I'm excited you might add The Christmas Confusion to your TBR list. Please drop by Christina Sinisi--Author on Facebook and let me know how you like it. Have a great day!