Today we welcome MaryAnn Diorio to my blog. Thanks for stopping by MaryAnn. Tell us about the book – a brief blurb: 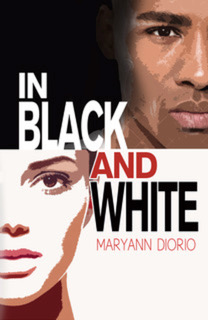 A white woman. A black man. And a forbidden love.

Can endurance and faith sustain the love between a white woman and a black man, threatened by rejection, guilt, and racial injustice?  Can love alone reconcile their starkly different worlds, lighting the way to a bright future together?
When graduate student, Tori Pendola, a white American woman, and Ghanaian exchange student, Jebuni Kalitsi, heir to his tribe's chieftaincy, fall deeply in love, they must face not only their own inner demons of rejection and guilt, but also the demons of societal hatred bent on destroying their relationship. Will their love survive the cruel and bitter attacks against them, or will hatred and prejudice gain the upper hand?

In Black and White is a deeply moving story of the power of God's love to restore all that is broken in our lives.

I rarely read my reviews. And, on the rare occasions that I do, I almost never respond to them. In fact, the only time I responded to a review was when a customer received a defective copy of a picture book whose electronic files had been corrupted. I wrote to apologize and to tell the customer that the problem had been corrected.

As far as what to do if and when one reads bad reviews:
1. Don't let them discourage you. Satan will use a bad review to get you to  question your calling.  Don't fall into his trap.

2. Put the review aside and re-read it when you are less emotional. Then     carefully consider if what was said is true or not.  If the comment is true, then     humbly receive it as a way to correct the problem, whether it be to improve your writing or something else. If the review is not true, then discard it. In either           instance, bless the person who wrote the review.

I would say Francine Rivers. She writes with the spiritual substance and consummate creativity with which I desire to write.

I always read several books at a time, both fiction and non-fiction, and on various topics. The books I'm currently reading are the following:

___Promise Me This by Cathy Gohlke
___The Nightingale by Kristin Hannah
___Writing the Heart of Your Story by C. S. Lakin
___The Book of Mysteries by Rabbi Jonathan Cahn
What books have influenced your life most?

Above all, the Bible. I can never get enough of reading and studying this manual for life that has given me life and continues to give me life. I've also been greatly influenced by the classics. When I did my PhD in French with a concentration in Comparative Literature, I had the wonderful opportunity of reading many of the greatest classics of literature from around the world. The following works especially impacted my life: Dante Alighieri's The Divine Comedy, Miguel de Cervante's Don Quijote de la Mancha, Les Misérables by Victor Hugo, The Grapes of Wrath by John Steinbeck, and To Kill a Mockingbird by Harper Lee. More recent books that have impacted me include some of the stories of Charles Martin and the non-fiction books of Rabbi Jonathan Cahn.

I don't have one favorite author, but there are a few authors whom I revisit again and again. Some of them are classic authors, including Leo Tolstoy, Aleksandr Solzhenitsyn, Henry James, Nathaniel Hawthorne, and Jane Austen. But I also like to revisit contemporary authors like Francine Rivers, Cathy Gohlke, and Charles Martin. I love all of these authors—both classic and contemporary—because of their deep, intuitive grasp of human nature. They understand what makes people tick, and that's what I love most about writing fiction—delving into what motivates the human heart and why.

Are there any new authors that have grasped your interest?

Yes, Jolina Petersheim. My daughter recently read How the Light Gets In and recommended this book to me.  It's on my soon-to-read list.

I would teach foreign languages at the university level, which is what I did before God called me to write for Him.  For several years, I was a college professor and taught French and Italian. Writing is my first love; teaching is my second.

I just finished my fourth novel, In Black and White, which was just released on November 1st. It is the story of a black man from Ghana and a white woman from the United States who fall in love in the 1950s and, as a result, face terrible persecution on both sides of the Atlantic because of racial prejudice. The story's takeaway is that prejudice of any kind can be overcome only through the love of Jesus Christ.

I've also begun work on another story, titled The Urchin of Naples, which will be set in World War II Naples, Italy.  My Italian mother was born and raised in Naples. The seed of this story came from my many conversations with her about her teenage experiences during that horrific war.

In the midst of writing stories, I am compiling the best of the many poems I've written over the years into a single volume titled Poems for All Seasons. Lord willing, that volume will be released sometime during 2020.

Actually, there is no book I wish I could have written because then I would not be who I am, and I would not write the books that only I can write.  Each writer is a unique masterpiece of God with unique stories to tell.  No author can write the story of another author's heart. Isn't that truth wonderful and amazing? J 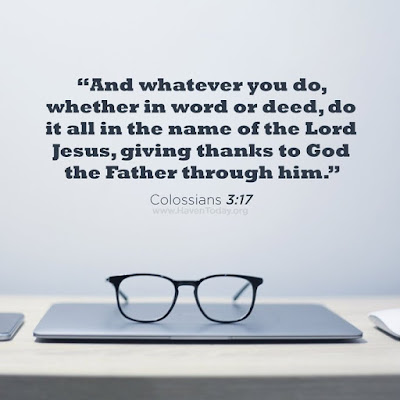 Thank you so much, Laura, for offering me the opportunity to bless you and your readers. I am most grateful!