Interview with Sandra Byrd and GIVEAWAY!!!

Answer Sandra's question and leave contact information for a chance to win... USA only. 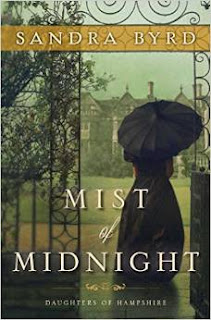 Tell us about Mist of Midnight

In the first of a brand-new series set in Victorian England, a young woman returns home from after the death of her family to discover her identity and inheritance are challenged by the man who holds her future in his hands.

Rebecca Ravenshaw, daughter of missionaries, spent most of her life in . Following the death of her family in the Indian Mutiny, Rebecca returns to claim her family estate in . Upon her return, people are surprised to see her...and highly suspicious. Less than a year earlier, an imposter had arrived with an Indian servant and assumed not only Rebecca's name, but her home and incomes.

That pretender died within months of her arrival; the servant fled to as the young woman was hastily buried at midnight. The locals believe that perhaps she, Rebecca, is the real imposter. Her home and her father's investments reverted to a distant relative, the darkly charming Captain Luke Whitfield, who quickly took over. Against her best intentions, Rebecca begins to fall in love with Luke, but she is forced to question his motives—does he love her or does he just want Headbourne House? If Luke is simply after the property, as everyone suspects, will she suffer a similar fate as the first “Rebecca”?

A captivating Gothic love story set against a backdrop of intrigue and danger, Mist of Midnight will leave you breathless.

How did Mist of Midnight get started?

My interest in this particular story ignited when I read a biography of the first wife of the man often considered the Father of Missions, William Carey.  Dorothy Carey was an unwilling missionary. She did not want to leave England, but her husband persisted and planned to take their oldest son with him, perhaps forever, leaving her home with the younger children. Dorothy was finally convinced to, perhaps bullied into, accompany her husband.  Suffering first from what we could would call depression, she was an unhappy woman who was locked inside, crying, while her husband baptized their son and his first Indian convert.  Her illness progressed and she ended her days in paranoia, psychosis, and misery after the death of their son Peter from dysentery, which she herself suffered from throughout her life.  Carey, who seemed to have been both driven and a man seeking relief for as well as confinement for his wife, went on to marry another woman after Dorothy's death, a woman suited to missions work. They lived and worked together happily.

This interest next led me to the Mault family. Among the earliest missionaries from to , sent from the London Missionary Society, both Charles and Margaret Mault were admirably, happily, suited to missionary work.  They joined Margaret's brother, Charles Mead, and his wife in .  Mrs. Mead and Mrs. Mault worked together to open schools which taught both academic and practical subjects to girls in a state where girls never went to school.  Mrs. Mault, an accomplished lace maker from Honiton, shared her skill. Lace-making offered Indian girls financial freedom, dignity, and the ability to climb the social, if not the caste, ladder.  Their lace was proudly displayed at the Great Exhibition of 1851 in and sold throughout the world.

Tell us about your research process.

I begin by reading, mainly nonfiction material that covers the era I'm writing in.  I immerse myself in the language of the era, its customs and mannerisms.  How did women dress, and what were their hopes and expectations, their limitations, which are often different from our own? I visit as many sites, personally, as I can, so I spent some time in .  I visited the of and African Studies at the of , where the London Missionary Society archives are held, and read the actual letters written to and from the missionaries to .  Finally, I engage a historical research assistant who lives in the area in which I write and is an historical expert, to ensure my English people sound English and my facts and customs are all straight.

What impact did your research have on you personally?

It was powerful to read the words of those missionary women in their own hands.  The letters were written on the thinnest parchment possible, and then the papers were turned sideways and written across again, angularly, to make the most of the paper space.  They worked very hard, they suffered and gave their all in service to Christ.  Most of them did not realize the extent of their impact in their lifetimes, but we can see it now.  It was an effective and encouraging lesson in planting, hoeing, and watering knowing that God will reap, though we may not see it right away.

How do you see yourself in your character’s story, if at all?

I think all of us, as believers, wonder why bad things happen to good people, and why it seems as though the Lord has abandoned us at a moment when we most need Him. To live through, and then show on the page, the truth that He is always with us even if we don't sense his presence and attention was restorative to me, and I hope it will be to readers, too.

Will we know what happens to your character after the end of the book?

Absolutely.  This is a complete story, including a little epilogue. The book launches a series of three books in the same genre (Gothic romance) set in the same era and area (Victorian England) but each book has its own set of characters and story arc.

Bride of Poseidon, Book 2 in that same series.  I can't wait for you to read it! 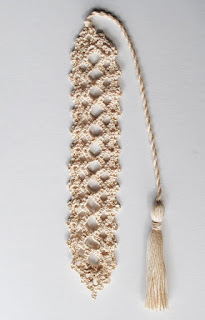 What one question would you like us to ask your readers?

Was there a time when you felt God had forgotten you, or overlooked your concerns? How did you come to understand his presence and affection throughout it all?

Tell us about the giveaway you’re offering.

A copy of my book with a lace book mark. 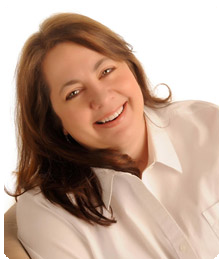 After earning her first rejection at the age of thirteen, bestselling author Sandra Byrd has now published more than forty books. Her adult fiction debut, Let Them Eat Cake, was a Christy Award finalist, as was her first historical novel, To Die For: A Novel of Anne Boleyn. To Die For was also named by Library Journal as a Best Books Pick for 2011 and The Secret Keeper: A Novel of Kateryn Parr, was named a Library Journal Best Books Pick for 2012. Roses Have Thorns: A Novel of Elizabeth I published in April, 2013.

Sandra has also published dozens of books for tweens and teens, including a best-selling devotional.

Sometimes lately it feels like God is testing me but I still feel he is here.
Thereadmaster@me.com


I had been seriously ill for several years with late stage Lyme disease. Nothing the doctors could do controlled the pain. We prayed and prayed and I only got worse.
When I thought about the future in that condition, life was so overwhelming, I wanted to die. In fact, I prayed to. But, in the midst of it, the Lord spoke to me to concentrate on one hour at a time. In the present hour, I could praise him. I could be at peace even if my body was racked with pain. He was there in the moment. We made it one hour at a time.
When it seemed there was no hope left, the Lord restored a great deal of my health. Not by medicine. It just happened. Over a period of about three months, I got markedly better each day.
Now, when life gets tough now, I go back to what he told me then. Trust him, and live one hour at a time.

Thank you so much for having me - and for sharing your stories, too! It's a real privilege to be here!! Sandra

I questioned God when our ten and half year old son died of smoke iinhalation in a RV fire. A older prayer warrior helped us put it perspective: instead of "Why, God": the question should be "why not me?" We are NOT promised a problem free life, but His guidance trough our problems. Praise God I will see my son again, he is waiting at Jesus's feet for me!

I would love to read and review your book, thanks for sharing.
I feel so blessed as I have not felt forsaken by God, He has always been there for me, now maybe I forsake him a few times, I am forever grateful that he forgives and wants us to live eternally with him.
Paula O(kyflo130@yahoo.com) 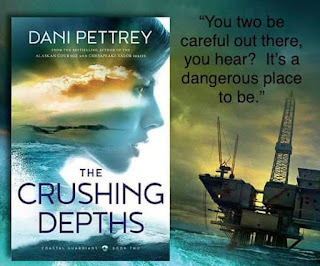