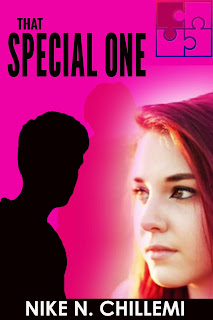 ell us about the book – a brief blurb:

College freshman Ivy Chalmers moved in with her aunt and uncle in Arroyo, Texas. She needed to get away from her alcoholic and weed smoking mother.  Ivy longed for a different life than the revolving-door-men in her mom's life. Making a one-eighty, she vowed not to make a serious dating commitment unless she knew it would be that really 'special relationship '.

Corey Jones had been the man in his house since age twelve, when his alcoholic dad abandoned him and his mom. Once in a while, his dad showed up trying to extort money from them using threats. Then his blue-haired, self-centered cousin Ava came to live with them and the way she treats his mom enrages him.

Ivy is thrilled when she meets an upper classman from a neighboring college and thinks he might be 'that guy.' When she is horribly betrayed, her world is thrown upside-down, and she plunges into a depression.  In a steady and kind of clumsy way, Corey is there for her during her worst moments. But his family is plagued with alcoholism, the life she had with her mom, the life she ran away from. What's wrong with her that she attracts the wrong guys? A s if that weren't bad enough, there's an arsonist terrorizing their tiny village

Yes, I usually read them, but I don't obsessively check to see if I've gotten any new ones. I've never responded to a review. I've gotten mostly very good reviews. I'm fairly certain on the one I wasn't pleased with, the reviewer had not actually read the book. It hurt for a very short while, but I say just brush it off.

I write classic, contemporary detective stories with an espionage twist. When I read BACK ON MURDER by J. Mark Bertrand, I thought I'd gone to police procedural heaven. I immediately read his PATTERN OF WOUNDS and wasn't disappointed. I'd consider Mark my mentor.

I should be reading New Adult, as that's what my new release, THAT SPECIAL ONE, is. I should be immersing myself in that college-age genre. However, I can't tear myself away from mysteries. I'm reading Robin Patchen's CONVIENIENT LIES. I took it with me last week on vacation and did read some by the pool. However, other activities took over and I didn't finish it. So, now that I'm home, I'm turning its pages and enjoying it.

What books have most influenced your life most?

I guess everyone who answers this says, "The Bible." And I do too. I read mostly mysteries, suspense novels, and thrillers. However, the book that has touched me the most is THE HIDING PLACE by Corrie Ten Boom. That's a powerful work of inspirational literature.

Again, I'd say J. Mark Bertrand because his novels nail police work. I also love Luana Ehrlich's spy novels. You'd think she had worked for the CIA, but she's a minister's wife.

I'm retired. I used to work in the bridal gown manufacturing business in New York City. I traveled to cities like Dallas, Las Vegas, Chicago, and Atlanta to set up my company's booth for trade shows. In the office, I worked for sales representatives fielding questions and complaints from bridal stores. An opening setting in the first novel of my Veronica "Ronnie" Ingles/Dawson Hughes trilogy, HARMFUL INTENT, is a bridal salon. In BLOOD SPEAKS, the third novel, the story opens with Ronnie shopping for her wedding dress. I guess you have to write what you know.

I have to go to general market for this. The book is the mega-best seller THE BLACK ECHO by Michael Connelly. I wish I had created his Detective Harry Bosch. Connelly has now got over eighteen novels in this series and has sold millions of books. 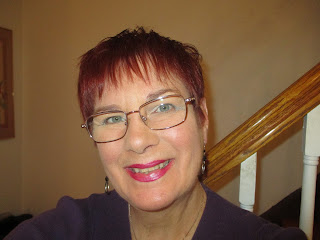 Like so many writers, Nike Chillemi started at a very young age. Her first major work was a Crayola, fully illustrated book she penned as a little girl (colored might be more accurate) about her then off-the-chart love of horses. Today, you might call her a crime fictionista with a humorous side. Her passion is crime fiction. She likes her bad guys really bad and her good guys smarter and better.
Nike is the founding board member of the Grace Awards and its Chair, a reader's choice awards for excellence in Christian fiction. She has been a judge in the 2011, 2012, 2013, 2014, and 2016 Carol Awards in the suspense, mystery, and romantic suspense categories; and an Inspy Awards 2010 judge in the Suspense/Thriller/Mystery category. Her four novel Sanctuary Point series (out of print), set in the mid-1940s has finaled, won an award, and garnered critical acclaim. The first novel in the Veronica "Ronnie" Ingels/Dawson Hughes series HARMRUL INTENT won in the Grace Awards 2014 Mystery/Romantic Suspense/Thriller/Historical Suspense category. She has written book reviews for The Christian Pulse online magazine. She is a member of American Christian Fiction Writers (ACFW) and John 3:16 Marketing Network.  http://nikechillemi.wordpress.com/

THAT SPECIAL ONE purchase link: https://www.amazon.com/That-Special-One-Contemporary-Romantic-ebook/dp/B075QQZ9VB/ref=sr_1_1?s=digital-text&ie=UTF8&qid=1506596416&sr=1-1&keywords=That+Special+One%2C+chillemi 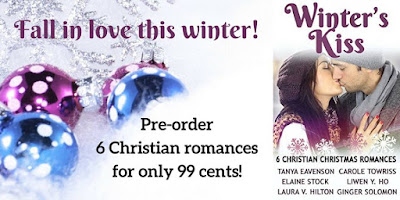 Nike N. Chillemi is a new author to me. Thank you for featuring her. That Special One sounds like a book I'd enjoy reading with the plot--a realistic plot in our society today. Blessings.

The Hiding Place is a powerful read! I enjoyed the book I read by Nike. Wish I had time to read more, so many good authors so little time.

Marilyn, Glad to get to know you. In That Special One, I tried to present a realistic storyline...and also just plain write an interesting story.

Onisha, The Hiding Place is indeed a powerful read. I also wish I had more time to read all my Christian author friends' novels...and the money to buy that many books. LOL

Since my husband passed away last December, I've been just trying to keep up with all the things that have to be done. I have obligations to Grace Awards, self imposed publishing deadlines. It's important to keep busy.