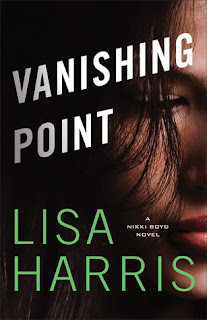 
Six girls missing . . . and every clue leads to a dead end

During Garrett Addison's first week on the job as a criminal investigator for the Tennessee Bureau of Investigation, his team is called out to a murder scene of a young girl. She's the third victim in a string of disappearances with one thing in common--a Polaroid photo of each victim left behind at the crime scene.The FBI is pulled into the case to help, and Garrett finds himself working with Special Agent Jordan Lambert, the woman he once loved. When yet another girl dies--number six--Garrett blames himself and believes he doesn't have what it takes to be an agent. What he'll discover is that, while he may be done with the killer, the killer is not done with him--or Jordan.Bestselling and award-winning author Lisa Harris unveils an unforgettable story of a case that has haunted the public and law enforcement for more than a decade. Fans of the Nikki Boyd Files will thrill to finally discover what actually happened to Nikki's sister, Sarah. New readers will become instant fans after devouring this chilling tale.

My thoughts: Having a fifteen year old daughter, VANISHING POINT is stuff nightmares are made of. Six girls missing . . . and every clue leads to a dead end. That pretty much says it all.

Ms. Harris is a stellar, award winning author and VANISHING POINT explains why. Well written, action-packed, and a hook on the first page.  This is the fourth book in the series, but it stands alone. No need to read the others.

Garrett and Jordan knew each other in police academy, and dated, falling in love, until the FBI noticed her and she chose career over family. Literally. Garrett let her go, knowing it was the end, and didn't try to make a long distance relationship work. And now Jordan's parents and sister are begging her to visit -- something she hasn't made time for in years.

But with a case to solve before any more girls are killed, time is at a premium, especially when the killer seems to be playing a game with them.

At a surprise twist at the end and you'll be on pins and needles for this entire book.

Warning for the screamish:  VANISHING POINT has a lot of dead bodies and Ms. Harris tends to be very descriptive, describing everything about the death, the body, the grave. Not a book to be read late at night unless you want nightmares. The book also left me feeling unsettled and creeped out. Maybe because my daughter is about the age of the girls murdered.

Vanishing Point sounds realistic with missing young girls on the increase currenlty. Thank you for sharing your wonderful review.