Don’t Put God in the Macaroni and Cheese! by Laura V. Hilton

My husband is a pastor. The church is small, and unable to pay a preacher any wages, so to support the family, he works full time outside the home. Right now, he’s employed by Walmart, in the deli department. His job varies, depending on the day and mood of the managers, sometimes he does freight, sometimes he’s making salads and sandwiches, some days he’s slicing meat and cheese, and sometimes he’s doing the hot case.

One day, while working the hot case another Walmart employee came to the deli to order his lunch. He asked Steve for a certain meal. I don’t know the name or number of it, but one of the items included on it is macaroni and cheese. This man loves the deli’s macaroni and cheese, and when Steve scooped some in the container, the man told Steve to pile it up.

Steve told him he couldn’t do it, for that particular meal, they were allowed one scoop of macaroni and cheese.

Who’s going to know? God will.

The man kind of huffed. “Don’t put God in the macaroni and cheese!”

Caught between “the customer is always right” and obeying the rules of his employer, my husband opted to do what his boss said. One scoop.

The other guy would’ve been stealing from Walmart. Probably not a big deal where you’re sitting, but businesses tend to take a tough stance on employees stealing from them. One candy bar cost a son his job—though he says he didn’t take it, the wrapper just happened to be on the floor in the room where he was working. Maybe it was, maybe it wasn’t. I don’t know. But God knows. And the business knew someone had taken it without paying.

One of the ten commandments is (in Laura language): You shall not steal. (Exodus 20:15).

The Bible also goes on to say:

Hebrews 13:17 ESV
Obey your leaders and submit to them, for they are keeping watch over your souls, as those who will have to give an account. Let them do this with joy and not with groaning, for that would be of no advantage to you.

Romans 13:1 ESV
Let every person be subject to the governing authorities. For there is no authority except from God, and those that exist have been instituted by God.

Colossians 3:23 NIV
Whatever you do, work at it with all your heart, as working for the Lord, not for human masters.

If you were working for God would you steal from Him?

Should we consider this in everything we do?

God cares about the macaroni and cheese.

He cares about you.

Lord, help us to do what is  right in Your eyes.  Amen. 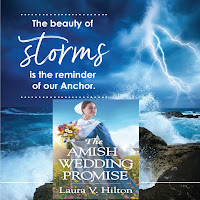 A line of severe thunderstorms moved through the region during the overnight/early morning hours. Widespread straight-line wind damage resulted across much of northern Indiana and southwest lower Michigan before the storms weakened over northwest Ohio. Eleven tornadoes have been confirmed with straight-line wind damage determined to be the cause in other locations across northern Indiana and southwest lower Michigan.

Grace Lantz’s wedding was planned and everything was ready when a series of strong storms whipped across Northern Indiana, taking out trees and downing power-lines, dismantling barns and houses and leaving chaos and destruction in its wake. With the Lantz’s barn gone and all hands needed for cleanup, the wedding has to be postponed. Grace’s special sister, Patience, isn’t living up to her name with all the havoc, and Grace isn’t sure where to begin helping. Especially when Grace’s groom has disappeared. Does she console her sister, deliver food to all the needy and the workers, look for her missing groom, or grab a chainsaw and start removing trees from across roads, driveways and homes so emergency crews can get in? Or maybe all of the above?

Amish and English respond from miles around, and desperate to make a difference, Ezekiel Bontrager joins the volunteers from his district and travels to Shipshewana to help with the worst of the damage. When Zeke happens upon a disheveled Amish woman wielding a chainsaw, while a wailing woman and a picnic basket of sandwiches wait in the nearby buggy, sparks fly. When the chainsaw is safely turned off and put away, he learns she is trying to distract her sister and find her groom. Zeke agrees to help.

As Zeke and Grace spend time working together, it seems as if a cold-footed groom took advantage of the commotion and bolted. By the time the world begins to resume some semblance of order, the groom is found. And Grace must decide if the wedding will go on. 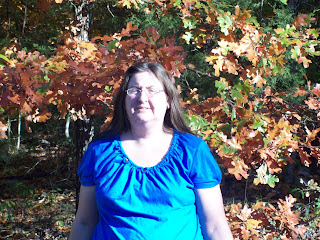 Laura V. Hilton is an award-winning, sought-after author with thirty Amish, contemporary, and historical romances. When she’s not writing, she reviews books for her blogs. Her most recent series is set in Mackinac County, Michigan, and includes Firestorm, The Amish Candymaker, and Married to a Stranger (July 2019).

Laura and her pastor-husband have five children and a hyper dog named Skye. They currently live in . One son is in the U.S. Coast Guard. She is a pastor’s wife, and homeschools her two youngest children.

When she’s not writing, Laura enjoys reading, and visiting lighthouses and waterfalls. Her favorite season is winter, her favorite holiday is Christmas. 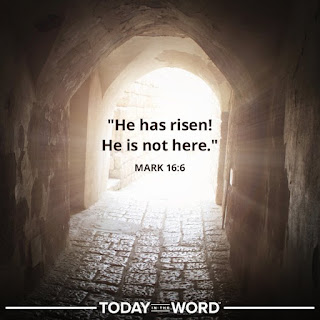 A great reminder God sees every little thing we do. So true employees think their employer won't know and that they deserve it without abiding by regulations.