Q & A with Lori Benton 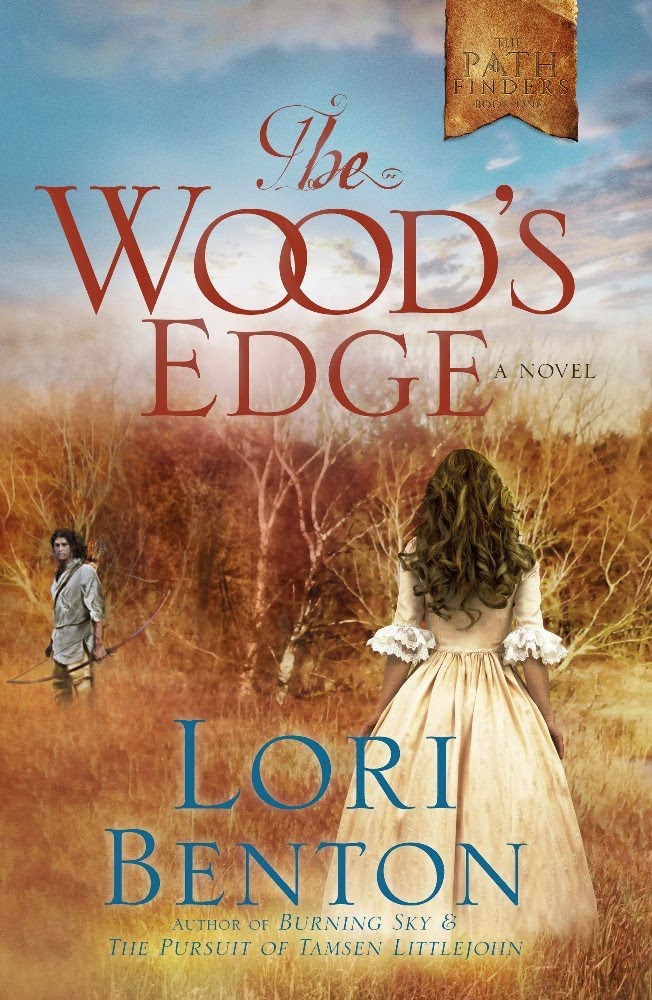 Why do you write the kind of books you do?

I write historical fiction set on the 18th century American frontier because I’m fascinated by the lives of men and women who crossed lines of race, culture, social class, and world views so prevalent during the Colonial and early Federal period, forming connections across those lines and somehow finding a way to stand with one foot in each world. I never tire of exploring their struggles and triumphs.

How has being published changed your life?

My life is busier, richer, more textured and challenging, more blessed. I am far more keenly aware of my need to walk closely with the Lord through it all. If God’s not in this with me, every day, whether I’m working on marketing, editing, or writing, I have no hope of accomplishing all there is to this fabulous publishing life.

What is your current work in progress?
I’m working on the edits for the second book in The Pathfinders series. It’s the sequel to my current release, The Wood’s Edge. A Flight of Arrows picks up where The Wood’s Edge left off—in autumn of 1776—and continues to explore more deeply the themes and conflicts of the first book, chief among them forgiveness, bringing it all to a conclusion at the end.

How do you choose your settings for each book?

Sometimes I find the setting in my research. A historical event or type of circumstance catches my fancy and to tell a story about it requires a particular setting. For example, the Lost State of that forms the backdrop to my novel The Pursuit of Tamsen Littlejohn. The setting for that was limited by the historical event. Other stories might be told in more than one setting. In that case I choose an area on the east coast I’m familiar with.

I love to get out of the house, away from the computer, and into the mountains that surround our home. I love living in . There seems to be no end to places to explore in the National forests and wilderness areas that are a short drive from my home.

What is your most difficult writing obstacle, and how do you overcome it?

Aside from writing nonfiction articles (the only time I experience anything close to writer’s block), it’s the first few minutes of every writing session. I have to force myself to begin work, especially if I’m starting a new scene. It’s easy to let myself roam the web, check email (again) or social media, or do just about anything else. Author Steven Pressfield named this hurdle. It’s called Resistance. There’s no way past it but through it. I push along each morning and eventually break that barrier, and the writing flows more freely.

Tell us about The Wood’s Edge – a brief blurb:

At the wood's edge cultures collide. Can two families survive the impact?

The 1757 frontier is home to the tribe and to British colonists, yet their feet rarely walk the same paths.

On the day Fort William Henry falls, Major Reginald Aubrey is beside himself with grief. His son, born that day, has died in the arms of his sleeping wife. When Reginald comes across an mother with newborn twins, one white, one brown, he makes a choice that will haunt the lives of all involved. He steals the white baby and leaves his own child behind. Reginald's wife and foundling daughter, Anna, never suspect the truth about the boy they call William, but Reginald is wracked by regret that only intensifies with time, as his secret spreads its devastating ripples.

When the long buried truth comes to light, can an unlikely friendship forged at the wood's edge provide a way forward? For a father tormented by fear of judgment, another by lust for vengeance. For a mother still grieving her lost child. For a brother who feels his twin's absence, another unaware of his twin's existence. And for Anna, who loves them both--Two Hawks, the mysterious boy she meets in secret, and William, her brother. As paths long divided collide, how will God direct the feet of those who follow Him?

If someone else were sitting at your desk right now, what would they see?


A controlled mess. I have piles of paper with notes scrawled on them, mostly ideas for future scenes. The piles are organized by book project. Every deadline lives on a yellow post-it note stuck to my monitor. Books are everywhere. I only ever clean off the desk between projects, but since writing projects tend to overlap, that’s a rare thing these days.

When you’re working on a project, how do you keep the immensity of it from getting you down?

It can get me down if I stare too long at the big picture. Eventually I remind myself that I only have to figure out what I plan to work on today. I can’t do tomorrow’s work too. So I try to shut out all the questions I still have about what happens next and just write what I can see happening now. Once that’s done I’ve usually gained a clearer idea of what comes next. I do plot my novels, but not in detail. I like to know the broad strokes of where I’m going, but leave room for surprises.


Both of your lead characters have “baggage” that keeps them from wanting to pursue a new relationship. Do you think sometimes we let our past get in the way of what God has planned for our futures?

Patterns from the past, whether they be our own behaviors or hurts inflicted by others, can color how we perceive the present, or cause us to worry about the future. As a story-teller I tend to take a few facts about a situation in my life where I’m partly in the dark and spin a story about them, and that story almost always has a negative spin. Most often it turns out to be wrong. Most often the true story is a positive one, or at least not so tragic or defeating as what I’ve been worrying about. “Be careful (anxious) for nothing; but in everything by prayer and supplication with thanksgiving let your requests be made known unto God. And the peace of God, which passes all understanding, shall guard your hearts and minds through Christ Jesus.” Phil 4:6-7 Sometimes I have to remind myself of this on the hour! 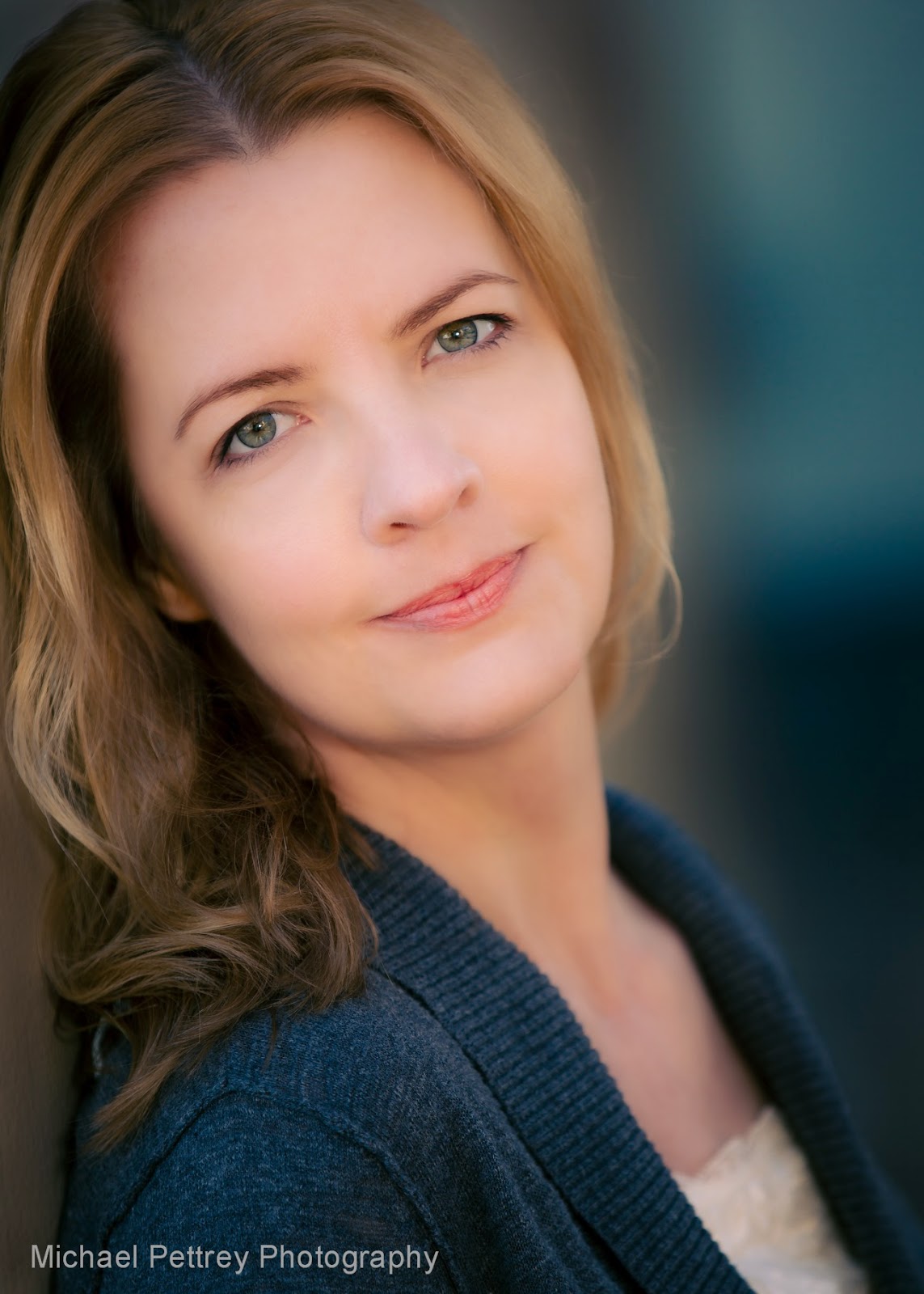 Bio: Lori Benton was raised east of the , surrounded by early American history going back three hundred years. Her novels transport readers to the eighteenth century, where she brings to life the Colonial and early Federal periods of American history. When she isn’t writing, reading, or researching, Lori enjoys exploring the wilderness with her husband. She is the author of Burning Sky, recipient of three Christy Awards, The Pursuit of Tamsen Littlejohn, an ECPA 2015 Christian Book Award finalist, and The Wood's Edge.

Thank you for sharing! You have encouraged me on my writing journey. Can't wait to read your book!