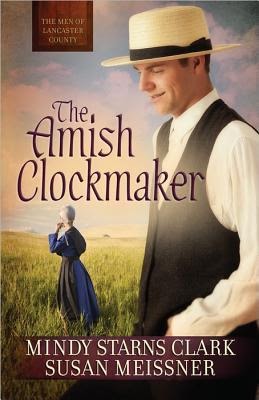 From bestselling authors Mindy Starns Clark and Susan Meissner, The Amish Clockmaker (Book 3 in the Men of series) explores the men of an Amish community in , how their Amish beliefs play out in their unique roles, and the women who change their lives.

Newlywed Matthew Zook is expanding his family's tack and feed store when a surprising property dispute puts the remodel on hold--and raises new questions about the location's mysterious past.

Decades earlier, the same building housed a clock shop run by a young Amish clockmaker named Clayton Raber. Known for his hot temper, Clayton was arrested for the murder of his beloved wife, a crime almost everyone--including his own family members--believed he'd committed, even after charges were dropped. Isolated and feeling condemned by all, Clayton eventually broke from the church, left Lancaster County, and was never heard from again.

Now the only way Matthew can solve the boundary issue and save his family's business is to track down the clockmaker. But does this put Matthew on the trail of a murderer?

A timeless novel of truth, commitment, and the power of enduring love, where secrets of the past give way to hope for the future.

There are two stories in THE AMISH CLOCKMAKER. One, modern times about an Amish man trying to expand his business but running into obstacles from the business expanding next door when they discover a land dispute.  Matthew must hunt down the owner of the parcel of land in question in order to expand—but the other business wants it, too, and will pay a premium to get it.

The second story is Clayton’s. And that broke my heart. Clayton was handicapped, coddled by his family, and wanted to be accepted as a man. But he knew no woman would ever want him. That he’d always be alone. When and opportunity came to marry the woman he’s loved from afar for years, Clayton doesn’t hesitate.

I won’t say any more because I don’t want to give away spoilers, but I literally cried when I reached the last two-thirds of this book. Highly recommended.

This book was provided by the publisher via Netgalley in exchange for an honest review.
at May 13, 2015