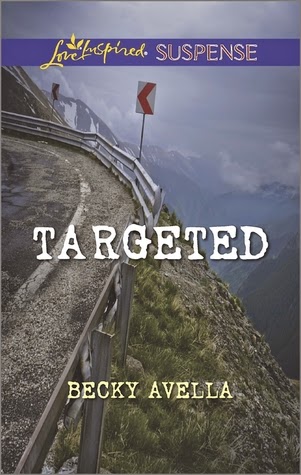 When photos of Stephanie O'Brien are found in a serial killer's home, she must face the horrible truth that she's the next intended victim. She has nowhere to hide, nowhere to run—except to K-9 cop Rick Powell.

As her self-appointed bodyguard, Rick will do anything to protect the innocent teacher—even keep his attraction at bay. He's known loss; he won't lose Stephanie. But the killer seems to anticipate their every move. And Rick fears he's never faced an opponent so cunning. One who won't stop till he has his victim right where he wants her…six feet under.

TARGETED is Ms. Avella’s debut Love Inspired Suspense. I enjoyed getting to know Rick and Stephanie. It was rather scary how the serial killer tracked Stephanie. The bad guy was known through-out the book. There are no secrets there. The suspense is in where and how he would attack next.

Ms. Avella is a very talented author. Both of her characters has a lot of baggage. They both have secrets. Hurts. Wishes. Struggles.

This book was provided by the author and Suspense Zone in exchange for an honest review.
at May 09, 2015