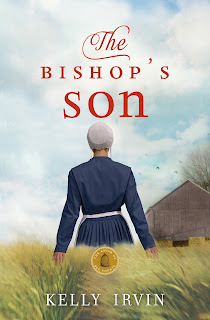 By the time a novel is published, an author has usually moved on to another project and become immersed in another story and other characters. That’s true for me. I’ve written another book in the Amish of Bee County series since I completed the manuscript that would become The Bishop’s Son and turned it into my editor. So when Laura asked me to write about some aspect of this story, I had to stop and think. I had to remember. What stands out in my mind after all these months?

Not just for his dark curls and broad shoulders and single-mindedness. Although I like all those things about my leading man. Jesse is my kind of hero. Not in a guns blazing save the world and rescue the baby kind of way, but nevertheless a hero. Jesse struggles to do something we all hope we would do, but we really don’t know because we’re not often called to do it. He contemplates giving up his family and friends—all of them—to follow Jesus. He has to decide if he is willing to give up his entire way of life for his calling.

Yes, as an Amish man, he has grown up in a Christian home, practicing Christian principles, but he wants to be a minister. He feels called to be a minister who would make it his life’s work to win the lost and make disciples. In his district—in most Amish districts—ministers are selected by lot. No one is so bold as to claim he is called by God to lead the congregation. Old Order Amish don’t evangelize. They don’t have Bible studies or Sunday school. They let their lives be their examples to the world. But Jesse knows in his heart that he has this calling. He struggles against it. He doesn’t want to give up his mother and father, sisters and brothers. He doesn’t want to contemplate giving up the woman with whom he’s fallen in love. What’s more, he knows if he convinces her to go with him, she too will lose everyone she’s ever loved. Can he ask her to make that sacrifice? Should he feel compelled to convince her, knowing she will have a closer walk with Jesus if she does?

In an effort to help Jesse make this life-altering decision, his friend points to scripture: Luke 14: 26-27. Jesus tells a multitude of would-be followers this:  “If anyone comes to me and does not hate his own father and mother, his wife and children, his brothers and sisters –yes even his own life—he  cannot be my disciple.” Like Jesse, I ponder the use of the word hate. The commentaries say Jesus meant that if anyone or anything we love gets in the way of our path to God, we must fling it aside.

Don’t let the people around us stand in the way of our journey to eternal salvation or our calling to tell the world about it.

Jesse has to choose. What he decides and what it means for the people he loves are at the heart of the story in The Bishop’s Son. I can only hope I did Jesse’s story justice and that readers too come to see Jesse as the kind of hero this world really needs. 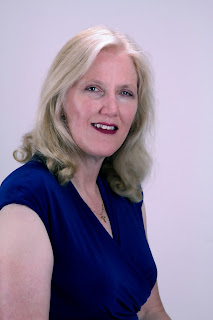 Kelly Irvin is the author of The Bishop’s Son, the second novel in the Amish of Bee County series from Zondervan/HarperCollins. It follows The Beekeeper’s Son, which received a starred review from Publisher’s Weekly, calling it “an intricately woven masterpiece.” She is also the author of the Bliss Creek Amish series and the New Hope Amish series, both from Harvest Housing Publishing. She has also penned two inspirational romantic suspense novels, A Deadly Wilderness and No Child of Mine.

The native is a graduate of the University of Kansas School of Journalism. She has been writing nonfiction professionally for thirty years, including ten years as a newspaper reporter. She has worked in public relations for the City of for twenty-one years. Kelly is married to photographer Tim Irvin. They have two young adult children, two grandchildren, two cats, and a tank full of fish. In her spare time, she likes to write short stories and read books by her favorite authors.

I enjoy reading the amish stories so would be interested in this giveaway. your story sounds like a good one. Thanks for sharing about the story. I find covers do not always let you know what the story will be.
Paula O(kyflo130@yahoo.com)

Fabulous giveaway. Would be thrilled to add these books to my collection. Thank you :)

I would love to win this book! 😊Thanks for this chance!

What a wonderful book!! Thank you for a chqnce to enter your giveaway.

Would be a great win. Good luck to
all. And thank you for the chance to
win this. God bless

Wonderful series. Would love to win your books.

I would love to read Kelly's book and Laura's too! Amish fiction is my favorite!

Would be awesome to win.

I would love to be the winner of your giveaway ... thank you for the opportunity!!!

Sounds like a great book, loved the first one, thanks you for the chance to win this great book.

would love to win. angelachesnut246@gmail.com

Love her books and it would be an honor to receive her latest. Thank you
Blessings
Deana
Jhdwayne@peoplepc.com

This is an awesome giveaway.I would love to win.Thanks for the chance.I enjoyed this post.

I love to read Amish Fiction and enjoy Kelly's books. I would love to be entered for a chance to win, thank you. lisastifler(at)yahoo(dot)com