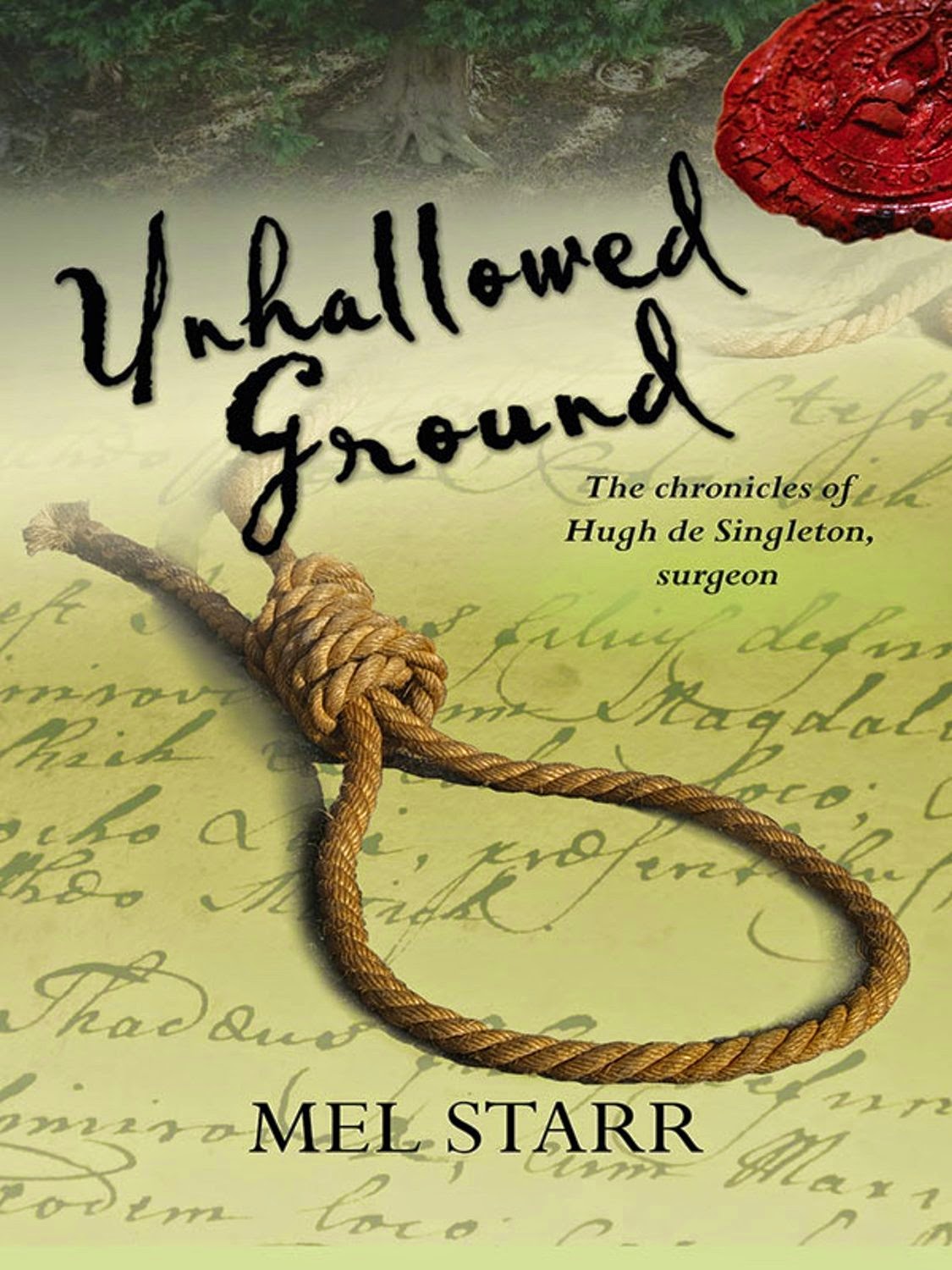 , a man no one likes, is found hanging from a tree near Cowleys Corner. All assume he has taken his own life, but Master Hugh and Kate find evidence that this may not be so.

"Unhallowed Ground" is the fine fourth installment of the Hugh de Singleton series by Mel Starr. Hugh de Singleton is a 14th Century English surgeon who is also the bailiff, or general manager, for the estate of an important nobleman in the southeastern part of .

A perceptive and principled man for the times, de Singleton has emerged into kind of early police detective, who is kept busy by a continuous stream of crimes--major and minor--ranging from curfew violation to game poaching to murder. "Unhallowed..." opens with the death of a village one-man-crimewave, Thomas atta-Bridge. Bailiff de Singleton quickly concludes that the death, staged to look like suicide, is actually a murder.

There is immediately a long list of suspects. The victim was hated by virtually everyone in the , where he and de Singleton live. The Bailiff himself has reason to rejoice at att-Bridge's death as the man had twice tried to kill him. From this point forward, the novel follows a classic police procedural course as de Singleton works to pare down the list of murder suspects. Early into the process, he and his new wife Kate become murder targets, effectively opening a second story line.

Available in ebook and paperback. 240 pages.

Mel Starr was born and grew up in Kalamazoo, Michigan. After graduating with a MA in history from Western Michigan University in 1970, he taught history in Michigan public schools for thirty-nine years, thirty-five of those in Portage, MI, where he retired in 2003 as chairman of the social studies department of Portage Northern High School. Mel and his wife, Susan, have two daughters and seven grandchildren.
at January 10, 2015