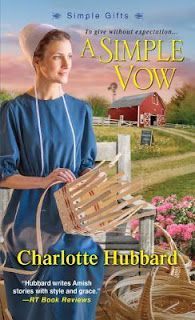 Housed in a rustic red barn, the Simple Gifts crafts shop celebrates the talents of the Amish of Willow Ridge--and the faith that inspires them. For the acceptance of simplicity opens the path to love.
As far as Edith Riehl is concerned, the baby twins thrust suddenly into her arms are a heaven-sent gift. Unable to conceive, she longs to be a mother with a home of her own. She's going to abide by her promise to handsome Asa Detweiler to take care of them while he looks for their real father. And even if her domineering dat Cornelius refuses to countenance Asa's suit, she can only pray the bachelor's honesty and persistence will uncover the truth--even as he's kindled an impossible hope for a love of her own . . .
Asa can't understand why anyone would think he would be so dishonorable as to father babies and then abandon them. He's determined to clear his name--but Edith's caring ways also inspire him to help heal her wounded spirit and earn her trust. In the face of heartbreaking deception, he and Edith must find the strength to understand, forgive . . . and claim their own hearts' joy.

My thoughts:  A SIMPLE VOW is the first book in Ms. Hubbard's new series Simple Gifts. This book doesn't read like the a first book in a series though, more like a continuation of a previous series since I recognized many of the characters. I think they are from the Seasons of the Heart series.

Some of the other reviewers commented about there being too many characters. Since I have read all of Ms. Hubbard's previous books I recognized most of them. Asa seemed a very nice young man, kind, considerate, and willing to go the extra mile while Will seems the opposite. I did feel for Will, losing his wife to cancer and then getting blind sided by his wife calling another man's name as she is dying and saying her twin babies aren't her husband's! Then Will is virtually disowned by his wife's family and the community, all claiming he must be less man since his wife was unfaithful.

On the reverse side, Asa claims  he never even knew Will's wife, and he certainly didn't father them! How will the Amish prove who is the rightful father if paternity tests are discouraged? And will the real father step up to his responsibility?

Edith and her sisters are more than willing to help out the  poor abandoned twins, and even start falling in love with them. The community at large is also happy to step in and help with the babies even if they won't have anything to do with either Asa or Will. I had to admire the girls willingness to help, but it bothered me that their father didn't want anything to do with the babies and was quite disagreeable to everyone involved.

I had to keep reading to see how this story would end. Who is the father? Will Edith always be involved in the babies lives? Will her father come around?   A story with a lot of twists to keep the pages turning. Unforgettable Amish fiction

Thanks so much for your review, Laura!