A Man to Trust 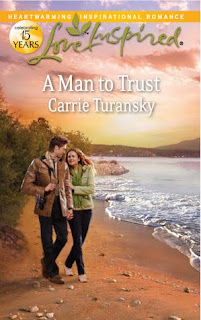 Adrie Chandler is anxious to give her dream as a professional flutist a shot. She and her grandmother hire a new manager for their Christian bookstore, so Adrie and hopefully find a job in an orchestra, but can she really trust her grandmother’s choice for the position? The man is too handsome, too charming, and too much a reminder of another dream.

Ross Peterson owned a photography shop; it was dying in the bad economy. Now he is down to his last bit in his savings and he needs a job—any job. He is thrilled when he’s offered the position in a Christian bookstore even if he doesn’t know a lot about Christianity, and even less about books.

Ross is instantly attracted to Adrie, but Adrie doesn’t want anything to do with him other than what she has to. What will it take for Ross to break down her walls and get her to take a chance on a relationship? And will Adrie be willing to give up her dream for him?

A MAN TO TRUST is a book about two hurting characters. Adrie was engaged before, but found her fiancé in bed with her roommate, burning her on further relationships. Ross’ parents want him to have a stable, lucrative career as a CPA, but Ross is determined to follow his own dreams, not his parents. Thus the relationship between them is greatly strained, and even more so when his dream business fails.

Both Ross and Adrie need to learn to let go and let God handle their lives. A bunch of matchmaking senior citizens add sizzle and sass to the relationship. If you are looking for a good contemporary romance, consider A MAN TO TRUST. Discussion questions are included at the end of the book. $5.75. 217 pages.
at February 14, 2012

Thanks for this thoughtful review, Laura. I appreciate you sharing this with your blog readers. Happy Valentines Day!
Blessings,
Carrie