Interview with A. S. Mackey about her new book The Edge of Everywhen

Today we  welcome   Allison (A. S.) Mackey to my blog. Thanks for stopping by, Allison

Tell us about the book:

The Edge of Everywhen is about a magic book that tells each reader the story they need to hear, a story that points them to faith in God. Thirteen year old Piper and her ten-year-old brother Phoenix, who has autism, discover the book in their mean old auntie’s library when they’re sent to live with her after the death of their mother. The magic book itself, called Novus Fabula, narrates the story from his perspective, and he takes the children on a mysterious journey of faith that impacts the entire family. It’s a book that bridges the gap between faith-based and fantasy kid-lit genres. And while the fantasy elements will appeal to reluctant readers, the book-nerds out there will also love that it celebrates libraries and reading and all things literary.

Yes! I started writing poetry when I was eight, and progressed to short stories and novels in my teens.

Just as your books inspire authors, what authors have inspired you to write?

Kate DiCamillo, Lois Lowry, C.S. Lewis, and Katherine Paterson have all created literature that I found to be beautifully crafted. They consistently create stellar prose combined with top-notch storytelling.

How did you decide upon the title of [The Edge of Everywhen]?

The original title was very different; it was called Uncle Lonnie’s Bookshop throughout the first two drafts. But I knew it needed a title that would really stand out. And the spiritual concept of God as “Everywhen” (not just omniscient or omnipresent, but existing outside of time, and wholly eternal) is part of the story. There’s a chapter in the book that explains it basically as leaning in to a search for God, which is really the over-arching theme.

How important are names to you in your books?

Vital! I spend many hours researching name meanings before settling on them.

Do you choose the names of character in [The Edge of Everywhen]?based on liking the way it sounds or the meaning?

For this novel, the meaning always came first. I researched the character’s personality (such as, names that mean “brave”). Then I made a list of possibilities, and tested them out to see that they worked in the overall cast of characters. I didn’t names to sound to similar to one another, or to have everyone’s name end with -ly. I wanted the names to be real-world names with deep meaning and a pleasant variety of sounds.

The character of Aunt Beryl in the novel is a good example of the importance of meaning. A beryl is a hard stone, and Aunt Beryl is a “hard” person, but she is also precious, and the beryl is a precious stone listed in the Old Testament.

Do you have any name choosing resources you recommend?

I plumbed the depths of my personal family tree (diligently catalogued back to the 1600s by my uncle) for some of the names. When I was very young, there was a close friend of the family we all called Aunt Beryl, so she was a natural fit. Another name from my family tree was Original Greene. I have a distant relative whose name was Original Asher Brown, and his name was so cool that I simply had to use it. But I also use the online database of American names maintained by the Social Security Administration, which lists names by popularity each year since 1880. It’s fascinating! You can download a zip file here: https://catalog.data.gov/dataset/baby-names-from-social-security-card-applications-national-level-data.

I use www.behindthename.com quite often for research, but it’s not 100% accurate as to meaning (which is true of every site on the internet, it seems!) So I cross-check meanings with other sources.

What were the challenges (research, literary, psychological, and logistical) in bringing it to life?

The biggest challenge was patience. In a world where self-publishing is instantaneous, waiting 4½ years between the first draft and the release date wasn’t exactly fun! But I did learn to pray for grace in the waiting, and to trust that God’s timing is perfect as I laid down my expectations and my timeline. The next biggest challenge was growing a thick skin to criticism, which I know is crucial for any artist using any medium. When the first group of editors began to point out the novel’s flaws, I had a few hurt feelings! But then I stepped back and looked at their criticism objectively, and realized they were right on just about every point. Without a doubt, submitting to experienced editors made this book far better than I ever imagined, and dying to self is a skill that is learned with practice.

Allison Mackey's debut book was a Steno pad full of poems, given to her parents as a gift when she was eight. She wrote her first sci-fi novel at age fifteen (it was horrid), but she went on to solidify her love for creative writing with a degree in English literature from the University of Georgia. Since 2010, Allison has worked as a freelance writer, creating non-fiction content for dozens of international websites through Upwork. In 2014 she authored a series of children’s stories for Tiny Readers Publishing out of Houston, TX, and also produced non-fiction educational books for Norwegian ESL app designer Sigbjørn Dugal (Pickatale). The Edge of Everywhen, her first fiction novel, was written during NaNoWriMo in 2015, and is being released by Lifeway/B&H Kids in May of 2020. Allison lives in Florence, Alabama, where she and her husband are church planters and worship leaders. She's a member of SCBWI and ACFW, and serves as secretary of the Shoals Writers Guild. She has three adult children and one son-in-law. 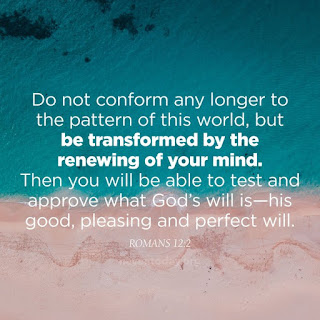