“Do you know what the big issue is with Millennials?” he asks me.

I don’t, it could be one of a million things at this point. For a group best known for their laziness, they sure have been busy ruining a lot of things for older generations.
“They don’t look you in the eye when you’re talking to them.” He answers.
I immediately take my eyes off my phone and stare into his awkwardly for the rest of the ride to the airport on the shuttle bus, lest I be lumped into the Millennial bucket.
I won’t be, as my hair is gray and I have a belt on, but you never know. Some of them look just like us. They’re getting smarter every day, learning our ways, infiltrating our communities, turning lights on and off with their voices.
Maybe I went gray early. Maybe I read a blog about how belts put old people at ease. But there I said, “Read a blog” instead of, “Watched a video” and I’ve made it clear I’m not a Millennial.
I’m Gen-X, the slacker generation who has now taken a seat with the adults thanks to Millennials who must wait their turn at the kid table until Gen Z is old enough for us to all publicly criticize.
The woman sitting next to him is not a Millennial and does what is so tempting in conversations like this. She dredges up the worst thing she’s ever seen a Millennial do.
The whole way to the airport they trade Millennial horror stories like baseball cards but neither one of them ever admits the truth.
We’re not mad at Millennials, we’re jealous.
I spent 15 years showing up at offices 5 days a week, 50 weeks a year. I lost countless hours of my life commuting in Atlanta because I thought I had to be inside buildings in order to have a job. If you want to work, you have to go to work.
And then Millennials showed up and said, “Nah, that doesn’t seem fun, we’re not doing that.”
Wait a second, you don’t have to come into the office every weekday? What do you mean? There are some days where you just stay at home? Not as a sick day, not as a vacation day, you just don’t come in the office? You call it “telecommuting?” That’s brilliant! That sounds like a real thing. I love it!
How much less do they pay you for this privilege though? I’m assuming there’s some sort of way they dock your pay. You get your full salary? There’s no reduction?
You’re a genius. You just broke a century long agreement that to do work, you had to be at work.
In 2002, a company in Massachusetts said I could keep my job with them when I moved to Atlanta. I said, “No thanks. I need to be in an office.” That’s how conditioned I was. I didn’t like going to the office but I was so used to it, that when offered freedom I closed my own cell door.
We shouldn’t be criticizing Millennials, we should be high fiving them in the street.
Millennials also invented Flex Time.
At my first job out of college, they offered me 8 vacation days. I gave them 253 days and in return, they gave me 8. I wasn’t happy with that particular trade, but my hands were tied. Every year though, I could earn one more day of vacation. It only took me a full year of work to earn an additional 8 hours off.
Millennials were brave enough to fight that system. They said, “We want to be paid for results, not time spent on the factory floor. As long as we get our work done, let us take as many vacation days as we want.”
Instead of 8 days off, Millennials negotiated for endless and they got it! For all of us. Don’t you dare say they’re lazy. They turned “8” into “infinite.” They’re like some kind of wizards.
Their greatest gift is that they found a way to retire early. They decided they wouldn’t wait until they were 62 to live where they wanted, dress how they wanted and bring their dog places dogs aren’t usually allowed. They took all of those things and applied them to work.
What did we create? Casual Friday.
On Fridays, you get to wear jeans at the office.
That’s what my generation added to the workforce.
The next time you see a Millennial, don’t criticize them. Thank them. And then marvel at the fact that you’re catching up on some work at a coffee shop while eating a piece of avocado toast. They gave you that, too.
Jon
The post The truth no one wants to admit about Millennials. appeared first on Jon Acuff. **Used with permission. 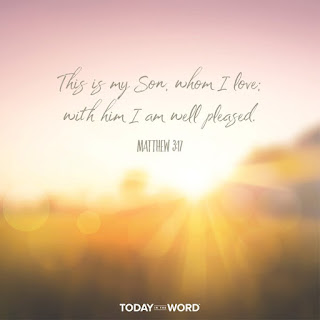