The Art of Eavesdropping (The Sidekick's Survival Guide) 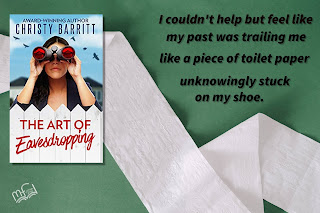 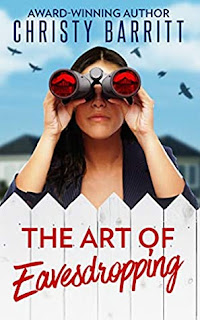 The Art of Eavesdropping

Missionary kid Elliot Ransom is restless after moving from her beloved Amazon home to a wealthy DC suburb. Though Storm River, Virginia, is beautiful, it's also a playground for haughty politicians and wealthy playboys. She’s never felt so out of place.

Becoming an assistant to a hotshot private investigator changes everything . . . Expecting to help with filing and background checks, Elliot is shocked when she’s catapulted into the frontlines of a murder investigation instead. While trying to prove their client innocent, she’s forced from the administrative role she usually plays. The change is surprisingly invigorating.

earning the art of investigating shouldn’t be so dangerous . . . but this case just might be as dicey as the new town Elliot is living in. Could a little harmless eavesdropping lead to a big disaster?

My thoughts (lvh): THE ART OF EAVESDROPPING is the first book in a new series by Christy Barritt.  Elliot is a somewhat clueless missionary kid forced into a world where scruples didn't exist.  I like the host of characters she works with and there are two other mysteries introduced that will tie the series together.

This series is written in first person so it will not appeal to all readers.

I  enjoyed getting to know Elliot and reading more about her in subsequent books.

I  was given a copy free. All opinions are my own.

Review of The Perks of Meddling coming soon. 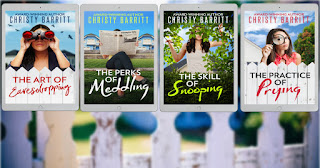 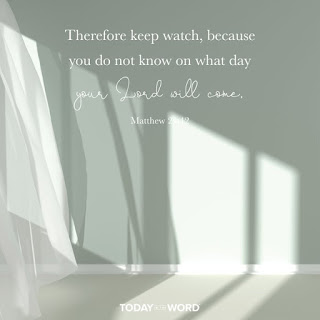